A giant cupcake cake makes a fun and adorable cake for anyone at any age at five or fifty. This simple, easy giant cupcake tutorial will have you making it more often than you planned. Whether you are a home baker or a professional cake decorator a giant cupcake is one fun cake to make for family or customers. 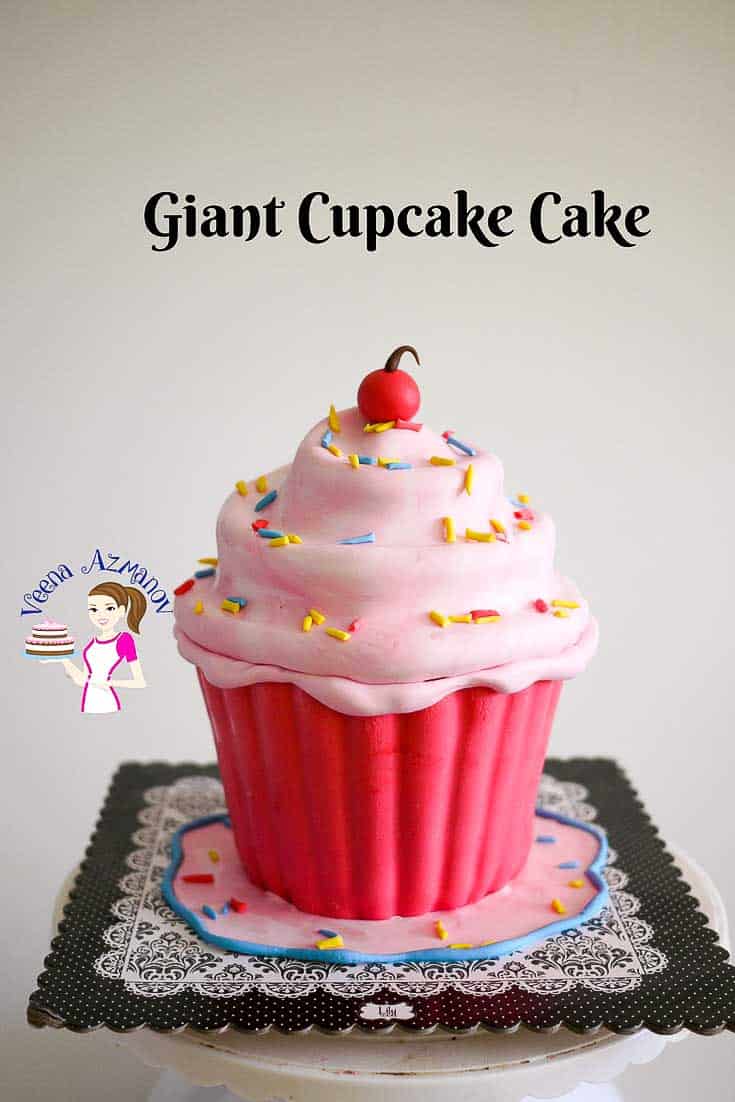 I made this Cute Giant Cupcake recently and I thought some of you might find the progress pictures interesting. It's fairly simple but the best part is I did not use a giant cupcake mold or giant cupcake pan for this. Pretty cool enh?

So I did not have a Giant Cupcake Pan but you can certainly use one if you have it.

Alternatively, If you do not have any of these above - bake a sheet cake and use various size circle cutters. Start from the bottom to top with a small to large circle cutter. You would need about 4 layers one-inch layers of 4" 5" 6" and 7" cake circles  for the bottom.  And again the same size and number for the top but in reverse order. Makes sense? I think it would be best to dowel as well. 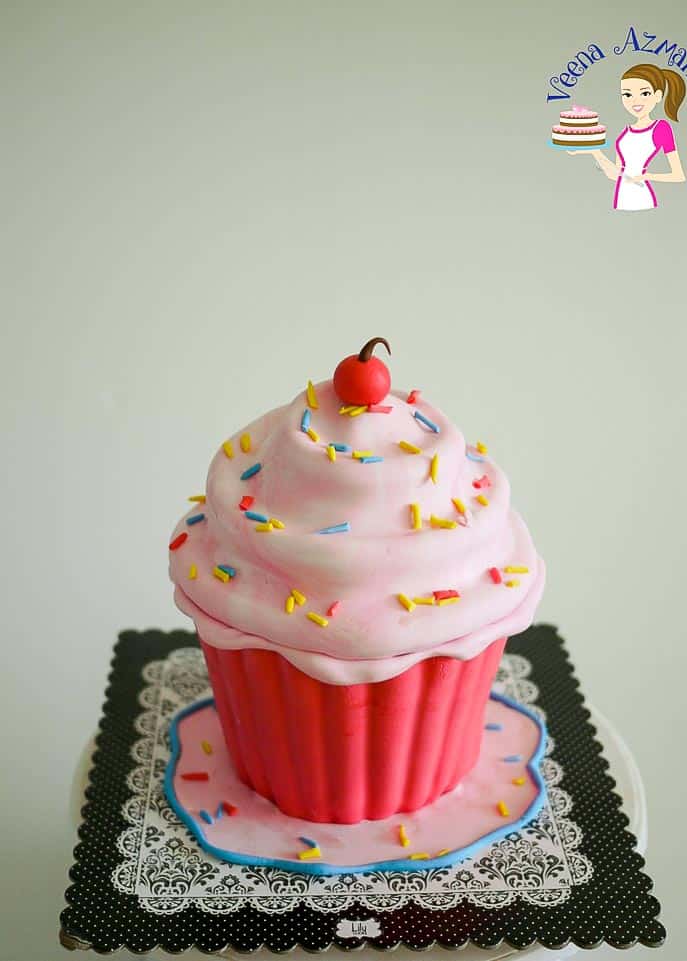 Now we'd done the basics of how to layer, stack and crumb coat your cakes. So I've taken the liberty to presume you don't need progress pictures for that. (you can see my video on cake decorating basics - how to Level, Tort and Filling a cake here). So here it is.. all totted, layered, crumb coated and smoothed. 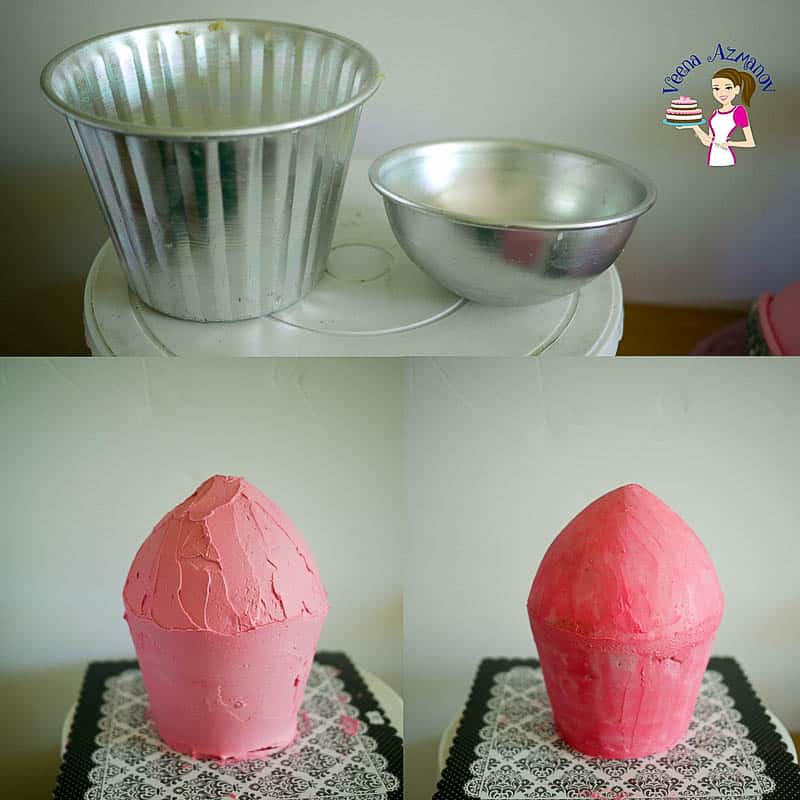 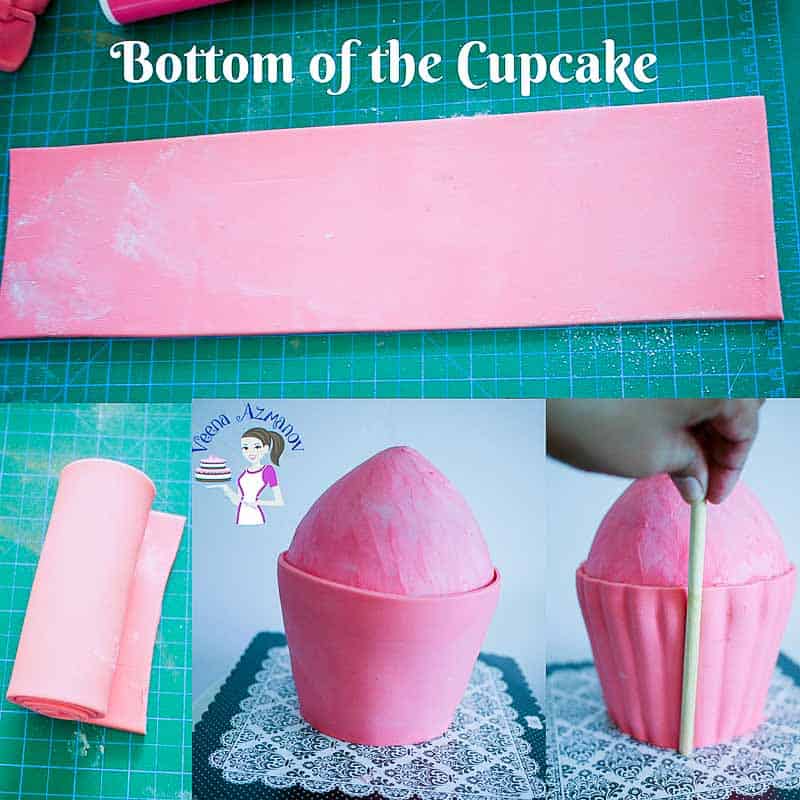 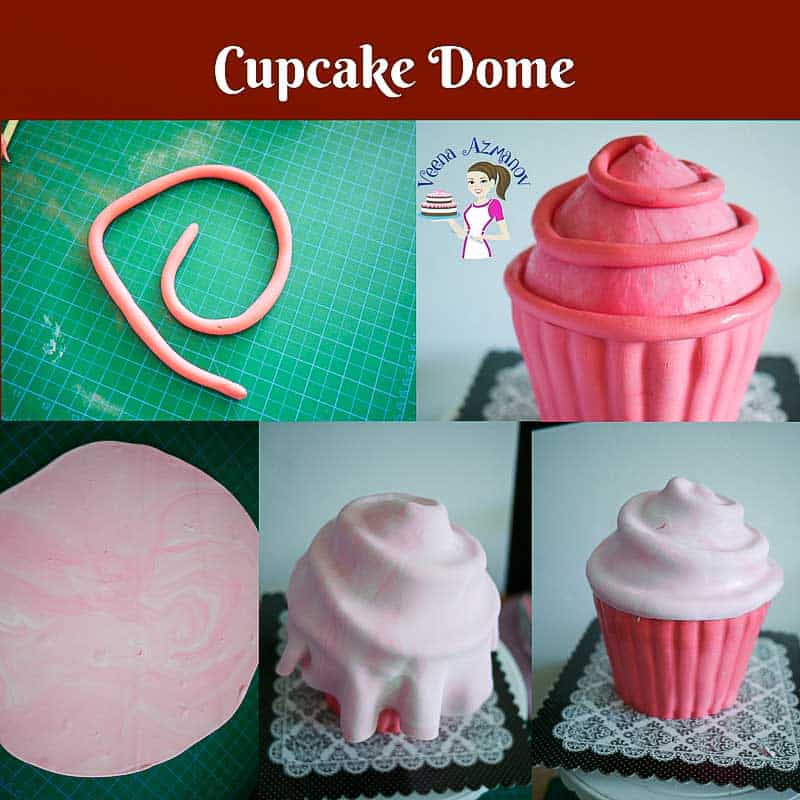 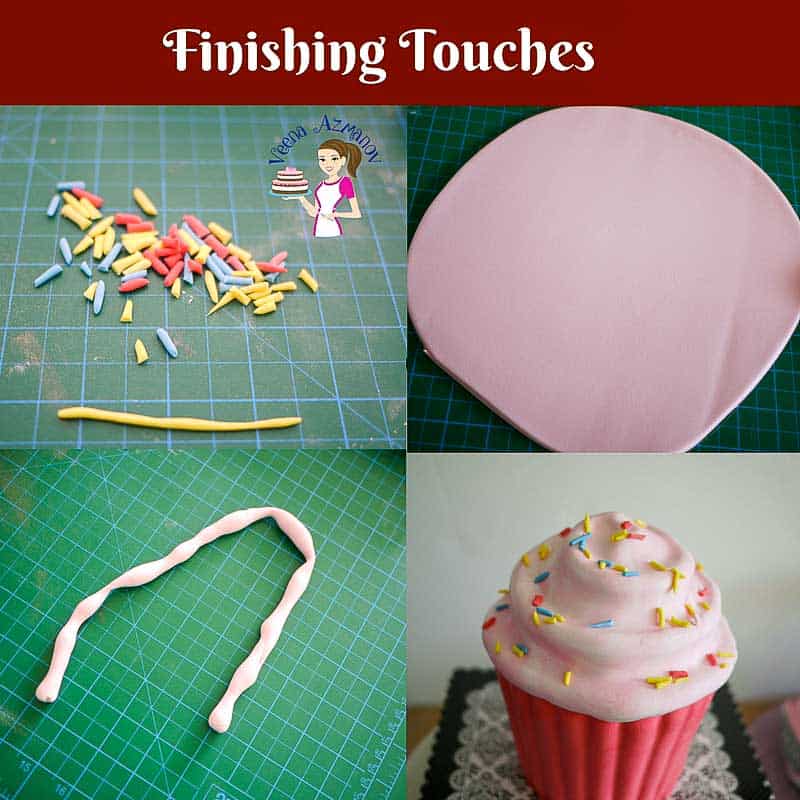 Voila!! My Giant Cupcake is all ready!! 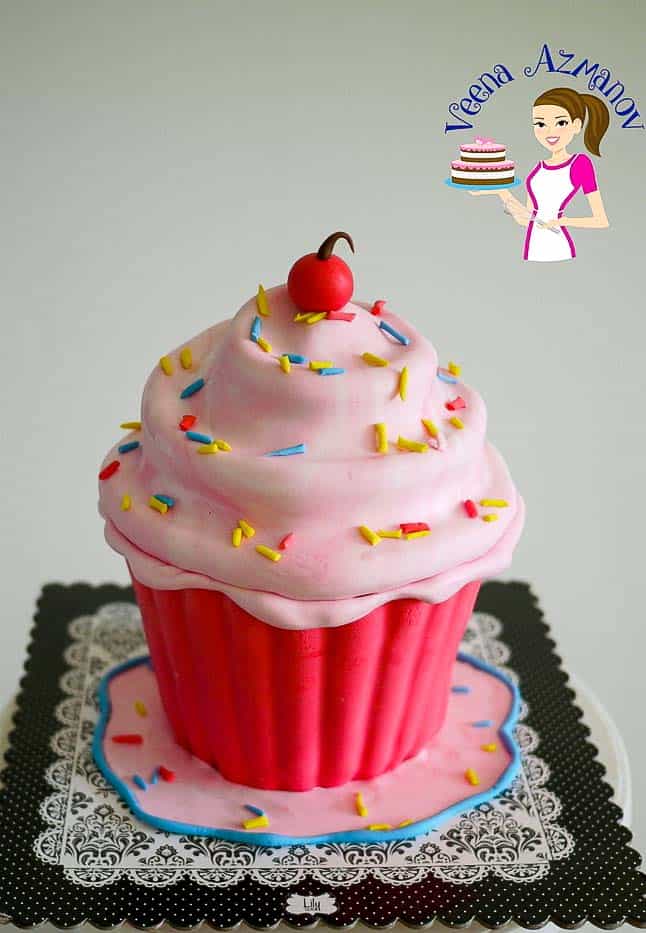 Don't forget to save this tutorial on Pinterest for later.
You can find a collection of my tutorials and recipes here on Pinterest.

Click here to see some of my Index of all cake tutorials from basic to advance.

Want to improve your baking skills?

If you tried my recipe I'd love your feedback. It would also encourage others to try the recipe. Thank you in advance Cancel reply

Welcome to my blog

Here you can find recipes for all levels from basic home-cooking to professional cake decorating along with instructional videos and tutorials as well as tips on how to succeed in your own cake decorating business.
I also a contributor to two other sites - Cake Decorating Tutorials and East Indian Recipes.

Join 100,000 others and get my recipes, tutorials, and tips via email